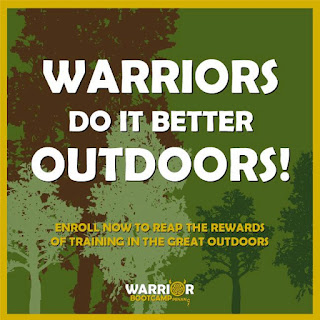 Yes, I already trained in the outdoors this morning, when it was windy and cold, as well as yesterday in the pouring rain. The day before that (yes, Ive lost track of where in the week we are, too) .

But I was outdoors. And while Im not what Id consider a complete outdoorsy type  I surpassed my camping quota and comfort level years ago  I would much rather exercise outdoors than in.

Turns out there are actual, true-blue, scientific, bona fide answers why I prefer exercising outdoors, and why its healthier  mentally and physically  than doing so indoors. OK, blizzards, typhoons, tornadoes, hurricanes and the aforementioned lightning notwithstanding.

In several studies, the New York Times Well Blog reports, volunteers were asked to go on two walks for the same distance or time. One was outdoors; the other, indoors, usually on a treadmill or around a track.

The subjects reported enjoying the outdoor exercise more (not surprising) and  on subsequent psychological tests (also not surprising, Id say)  scored significantly higher on measures of vitality, enthusiasm, pleasure and self-esteem and lower on tension, depression and fatigue after they walked outside.

In studies of older adults during which participants wore gadgets measuring their fitness levels, those who exercised outdoors added 30 more minutes to their weekly workouts than the indoor types.