Does outdoor play help keep the doctor away?

Does outdoor play help keep the doctor away?

Is modern living resulting in more people becoming disconnected from green spaces and the natural world, at the expense of our health and well-being? 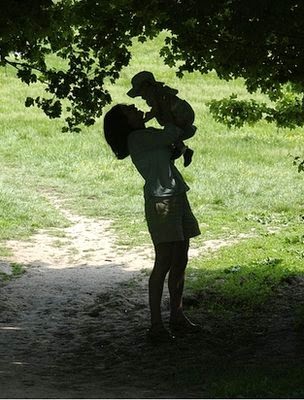 Most concern is centred around children, who – say campaigners – are missing out on opportunities afforded to previous generations, ones as simple as climbing trees or getting their knees dirty.
In an increasingly urbanised, electronic-based, risk-adverse world, the adults of the future are displaying the symptoms of “nature-deficit disorder”.
The term was coined by Richard Louv, author of Last Child in the Wood.
In the introduction to his book, he said that over the past few decades the way children understood and experienced nature had “changed radically”.
“The polarity of the relationship has reversed,” he wrote.
“Today, kids are aware of the global threats to the environment – but their physical contact, their intimacy with nature, is fading.
“That’s exactly the opposite of how it was when I was a child.”
Mr Louv acknowledged that nature-deficit disorder was “by no means a medical diagnosis”.
But, he added: “It does offer a way about the problem and possibilities – for children and for the rest of us as well.”
‘Balanced diet’
Consultant Tim Gill, author of the report Sowing the Seeds: Reconnecting London’s Children with Nature, agreed that the phrase did not have any meaningful clinical basis.
“Forest schools” help children with behavioural or emotional problems, research suggests.
“I think it is slightly overstating the case to imply that there is some sort of clinical condition that children that do not get into nature will have,” he told BBC News.
“The way I unpack the idea is that regular contact with nature is part of a balanced diet of childhood experiences. If children do not have those experiences then they are not going to thrive to the same degree as if they did,” he added. “They are also likely to grow up not caring about the world around them; while it is not a clinical condition, it should be something that worries us.”
A 2009 report by Natural England found that only 10% of children played in woodland, compared with 40% of their parents’ generation.
Mr Gill’s listed 12 recommendations that it felt could help address the deficit.
Among them were:
The report championed the use of forest schools because it quoted research by the Forestry Commission that showed lessons and activities within a woodland appeared to have a beneficial effect for children with emotional or behavioural problems.
A recent study by researchers at the University of Sheffield found that visitors to urban green spaces in the Yorkshire city felt a greater sense of well-being in areas they perceived to have greater biodiversity.
In Japan, the health benefit of spending time in forests has its own word – “shinrinyoku”, and literally means “forest bathing”.
‘Not a treat’
Play England – an organisation that focuses on giving children access to free play areas – has funding from Natural England to run a programme to re-engage children with the natural world. 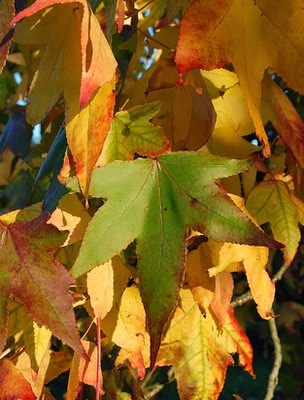 Is it time for medical professionals to turn over a new leaf and prescribe a dose of “vitamin N”?
“Fundamentally, we believe that kids should be outside playing for a good proportion of the day because it is how you can stay happy, less stressed but it is also good in a whole range of ways,” said Play England director Cath Prisk.
However, she added: “Research we carried out last year showed that parents think taking their kids to the park is something you do as a treat instead of something you do everyday.
“I have a dog, and if I did not take my dog into the park two or three times a day, I would be considered a very bad dog owner.
“Yet there is more of a stigma that you have not made sure that your kids did their homework than if you do not take your kids out to the park,” Ms Prisk observed.
“There is a growing body of research that says getting outside regularly is good for kids, but that is fighting a massive zeitgeist, which says that if you let your kid out of your sight, then they will come to harm.”
The Sowing the Seeds report also identified the perceived risks associated with children playing outside without supervision as a reason for the nature deficit.
“Children today do not enjoy the same everyday freedom of movement as previous generations,” it concluded. “However, the underlying causes of this change are complex and linked to wider changes in society, including increasing car ownership and use, loss of green spaces, longer parental working hours, a rising fear of crime and the growth of indoor, screen-based leisure activities.”
Nature prescription
But is the growing volume of studies, evidence and grassroots support making a difference to the way certain conditions or symptoms are treated? Are doctors starting to prescribe a dose of “vitamin N” for nature?
Last year, the chief medical officers for England, Wales, Scotland and Northern Ireland updated recommendations on the amount of physical activity people should take each week.
Introducing the guidelines, they wrote: “Across the physical activity sector, we need to build on the diversity of opportunities to be active including exercising in a natural environment.”
Tim Gill concluded: “There is enough evidence for medical sector to run pilot or trial (forest school) schemes.
“This would give us more answers and I would not be at all surprised to see greater interest from the clinical world in the benefits of taking kids into green spaces.
“We are not quite there yet, but the evidence is building and I think it is time that the health sector took proper notice.”
source